Some speak of group proceedings, whereas others speak of collective proceedings or – following the US example – class actions. Others speak of mass litigation. They always mean the same thing: the possibility of acting for large groups of injured parties in the Netherlands in similar cases – cases that always attract a lot of publicity and both national and international attention.

A pioneer in class actions

From the time that class actions were permitted in the Netherlands (1994), BarentsKrans made a major contribution to the development of this instrument. Back in the early 1990s, lawyers at BarentsKrans initiated one of the first class actions (Coop AG v ABN AMRO). We represented more than 100,000 securities lease clients in our first internet-coordinated class action (Stichting Leaseverlies v Dexia Bank, better known as the Legio Lease or the share leasing affair) in as early as 2001. We were very successful. In 2005, we reached a multi-billion settlement with Dexia. Many more class actions involving BarentsKrans were to follow, including the profiteering policies scandal, DSB’s insolvency, SNS Bank’s expropriation, Steinhoff’s moratorium, and recently Airbnb.

Another way of litigating collectively is to use the assignment model, which originates from the cartel damages practice. In ever more types of cases, specialist claim funders are offering parties the opportunity to transfer their claims to a special purpose vehicle that will act as the claimant in proceedings to be initiated. The claim funder entirely finances and manages the proceedings (see ‘Funding and no win no fee’ below). This claims bundling creates more efficient litigation and also increases the likelihood of a favourable settlement.

In addition to the possibility of litigating on behalf of large groups of injured parties, in 2005 the Netherlands also introduced the option of declaring agreed settlements binding on large groups of injured parties. If the Amsterdam Court of Appeal declares the arrangement binding after a review, all injured parties are bound by that arrangement unless they avail themselves of the option of opting out in a timely manner. If they do, they can still initiate individual proceedings. If they do not, this option is then eliminated. BarentsKrans is a forerunner in this area, too: almost immediately after the Class Action (Financial Settlement) Act (Wet collectieve afwikkeling massaschade; WCAM) took effect, two requests for binding declarations were made: one was the settlement in the aforementioned share leasing affair (Legio Lease). In this case, BarentsKrans lawyers assisted Stichting Leaseverlies, the Consumentenbond and Vereniging van Effectenbezitters, which had reached a multi-billion settlement with Dexia. The Amsterdam Court of Appeal also declared this arrangement binding.

Funding and no win no fee

Being a highly specialised firm in the field of class actions, BarentsKrans has decades of experience and a long track record. As a result, we have an extensive network of leading national and international claim funders. In certain circumstances, they are willing to fund mass litigation cases entirely on a no win no fee basis. The litigation funder then bears all costs, including lawyer’s fees. If the litigation is successful, it receives its costs back and/or receives a percentage of the damages. If the litigation is unsuccessful, it receives nothing. This means that injured parties themselves are not subject to any litigation risk. 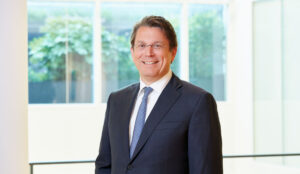 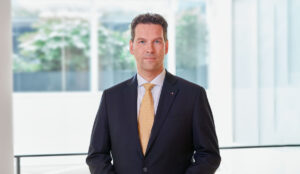